Choosing the right security system can be a bit confusing..

To help you you understand how security systems work, and what the market has on offer, Blitz Security’s Managing Partner, Paul Germaine, has written a 28-page “Buyer’s Guide”.

We think it makes essential reading for anyone trying to make sense of security systems and how they compare. 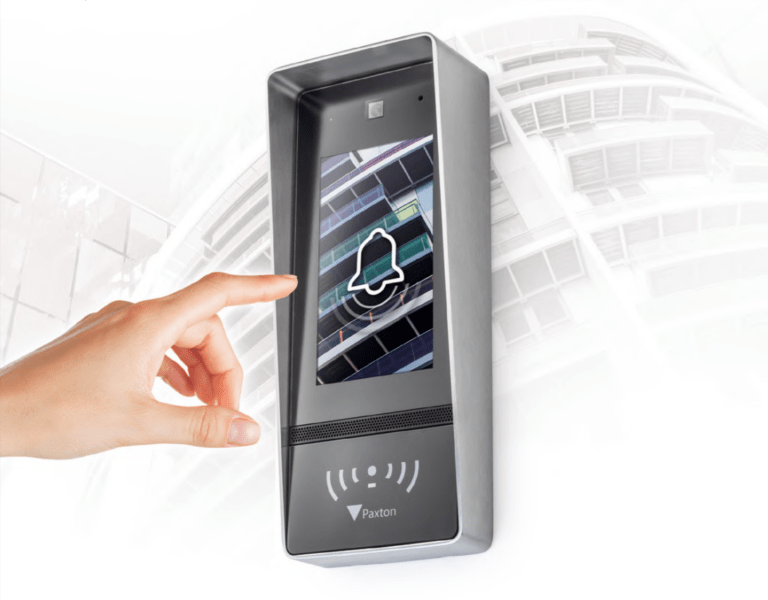 Paul says “Having spent 35 years working in security systems, I wrote the guide to to  give the reader some facts  – and not a sales pitch. The Guide is an objective and unbiased look at the industry, the types of system available and the pitfalls for the unwary”.

The Buyer’s Guide also includes answers to questions like:

“What are the three primary types of intruder alarm and how should they be used?”

“Six questions you must ask before you sign any contract”

See what you think. Here’s a sample…

I want to start this guide by admitting that I have a vested interest.  For over 30 years I have worked for the same security systems installer in various capacities from installation engineer upwards.  I would not want the reader however to imagine that I have written this guide only as a clever way to sell you my company’s products.  Having said that it would be dishonest of me to claim that my company would not welcome enquiries from readers who may be thinking of improving their security!

I have written this guide for a quite different reason – to give the reader some facts – not a sales pitch – and also to dispel some myths which serve only to cloud the picture.

There are a number of different approaches to the design of security systems. Without a little knowledge of these, the choice will be bewildering. I hope to give the reader a better idea of how security systems work, what the choices are and the pros and cons of each. Finally, there are now many different ways in which security systems are “packaged” or offered to the customer.  Some of these represent better value than others.

I hope that armed with this information the reader will be in a position to make an informed choice and at the same time avoid some of the pitfalls that exist for the unwary.

Paul Germaine has asserted his right under the Copyright, Designs and Patents Act, 1988 to be identified as the author of this work.

First let’s clear some things up

There are some very common misconceptions about burglar alarm systems.  Here are a few.

In the days when alarm systems were expensive and only the wealthy could afford them this may have been true.  In the last 20 years the real cost of a security system has fallen dramatically so almost everyone can afford one, even if it is a cheap and cheerful DIY job.  So if a burglar alarm box on the front of your home says anything about you, it says only that you have sensibly taken the trouble to install some security and thus make it more difficult for any potential thief.  It certainly does not mean that you are a fine art collector or you keep your life savings under the mattress.

“If they want to get in they will”

While this is undoubtedly true in a literal sense, unless your building has the physical protection of a vault, a security system will make a thief “want” to target somewhere easier.  And if our thieves still think that they are smart enough to defeat a professionally designed system, in the vast majority of cases they will discover that they are not – and then almost always flee empty-handed.  The truth is that a properly designed and maintained security system is very hard to defeat and in the rare cases where this happens there is usually an element of “inside knowledge” involved.  My own company has had only a handful of successful (or partly successful) break-ins in the thousands of properties which our systems protect, and in nearly 35 years of business.  As a statistic I think that speaks for itself.

“No one takes any notice of alarms anyway”

The number of homes with alarm systems which are targeted by thieves is a tiny fraction of those where there is no security on display. Police and crime statistics prove this beyond a doubt.  In other words the one person who does take notice of an alarm is the thief.  The vast majority of them are looking for easy pickings and an alarm system is a complication and a risk they can do without.

Setting aside the myths and old wives tales, the facts are that:

Before we leave the subject of myths completely there are a couple of other statements, this time from security companies themselves, for which you should be on the lookout.

Any security installer that makes this claim is stretching the truth to breaking point.  While the various police forces in the UK keep a record of security installers that belong to one of the two approval bodies and have also made a declaration to abide by the police code of practice, they specifically do not approve security firms.  They also take a dim view of any company that uses this phrase so if you find a security installer professing to be police approved you might want to advise your local police that they are claiming this.

This is a similarly misleading claim sometimes made by security installers who should know better.  Insurance companies do not have any approvals process for security installers.  As with the police, they rely on an installer being “certificated” by either NSI or SSAIB (see below).

Sometimes you will come across an advertisement or quotation in which a security installer makes a claim to abide by or comply with NSI standards.  If they are not Certificated (accredited) by NSI this claim is as meaningless as it is deceitful.  See the section on approvals bodies for more information on this.

It is also important to know that NSI has more than one set of standards. NSI Silver companies are subject to a much lower level of supervision than NSI NACOSS Gold companies. The latter must also comply with ISO 9000 – the international Quality Assurance standard.

What can an alarm system do?

Depending on what components are built into the specification a security alarm system can provide three different types of protection.

Some systems can also provide alerts of other emergency situations like carbon monoxide build-up or flooding from burst pipes or faulty appliances.

Alarm system control units (control panels) can usually accept inputs from a number of different types of detector.  This means that once you have a control unit and sounder(s) in your basic burglar alarm system design, it is a fairly simple matter to add a personal attack button or two, and fire or smoke detectors.  The extra cost of doing this should not be huge provided the installer has included a control panel with sufficient zones (sometimes called channels) to accommodate the extra detectors.

Because of the threat to life and limb from the, albeit small, risk of personal attack and fire in the home it is well worth adding protection for these two risks if your budget will allow.  The extra peace of mind will be immeasurable.  Also bear in mind that if you choose a monitored system you will get the extra protection of a fast and automatic call to the police or fire brigade (in the event of personal attack or fire) often at no extra monitoring cost (depending on the installer).

This has nothing to do with Star Wars.  It simply means that the system uses movement detectors, of varying types, to detect an intruder who enters one of several key areas or spaces within the property.  The benefit of this approach is that the means of entry is less important, it is sufficient that the intruder has entered a protected space.

A system based on this approach will usually not attempt to cover every room or area within the premises, but to target key areas in terms of either valuables or strategic location (e.g. stairwells or corridors through which an intruder is likely to pass).

This feature can also be seen as a weakness in as much as a system designed in this way will not be activated until the intruder is already inside the premises and possibly in an important area where valuables are kept.  Space protection does not therefore provide good protection against a “smash and grab” attack.  Fortunately this strategy is quite rare in domestic premises, and space protection is usually felt to be adequate, especially when cost is high on the agenda.

If on the other hand the property has valuables which might be subject to this type of attack the system should be designed to detect attempted entry rather than actual entry (see Perimeter Systems below).

Movement detectors are most often passive infrared (PIR) detectors, although more sophisticated dual-technology (often shortened to dualtec) units use two different technologies (usually PIR and microwave) at the same time to confirm the presence of an intruder.

Do not however assume that a dualtec is automatically better than the single technology detector such as PIR.  While the dualtec is designed to eliminate certain types of false alarm hazard, it can also be slower to detect an intruder and unless both parts of the detector “agree” that there is an intruder present no alarm will result.  It is also more complex and some would argue there is more to go wrong.  It is usually best to restrict its use to areas of a property which might be regarded

your brief details on the simple form

and we will email you a link to download a .PDF format version by return.

Please be assured that we will never pass ANY of

your details to a third party (see our Privacy

To download your FREE copy of the 28-Page Security Systems Buyer’s Guide just enter your name and email address into the form – and we will email you a link for instant access.